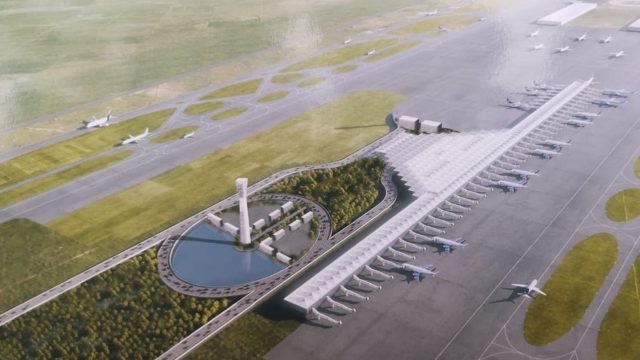 Addendum to my letter to Mexican architects.

After receiving some comments I would like to clarify the following points:

1. I don’t think that this airport project (NAICM) does not represent Mexican architecture at large. I used it as a starting point to discuss a complex process of professional discredit that has its origins even before the airport’s construction.

2. I understand that the airport in this particular location (what was left of the Texcoco Lake) is a old topic that Alberto Kalach and others have been discussing for more than 2 decades.

3. I understand the controversial nature of the project regarding the issues of corruption, political scenario, the real viability of the project in terms of the true environmental impact, etc.

4. I didn’t intend to use the letter as a political tool to speak out against the Mexican President. Those kinds of attacks don't really work. It is not about making the president be the only bad guy in the story.

5. I do not intend to propose a massive protest of architects with banners outside the president’s office, that doesn’t work either.

6. Nor do I pretend that the president offers an apology to all architects as it was attempted for the doctors, that would never happen and it is kind of humiliating.

What worries me is how to react to a series of circumstances of this type. The fact is not the protest or the offense itself, but the precedent that you offer to young  architects when very little is done to analyze the situation and to defend the profession and discuss how to project it in the future which is by the way economically very uncertain. The new generations of architects will face serious problems regarding the persistence of architecture as such and how to face and take advantage of the changes,

I don’t agree with capitalist neo-liberalism, which after this pandemic it has become increasingly less operative. However, the malicious, separatist, opportunistic and very poorly informed definition from the government of Mexico of what neo-liberalism really means and how it was formed becomes a dangerous situation. --- I’m interested in young people understanding what this word really means. Many economists (accelerationist) agree that neo-liberalism is not fought from the outside with protests like the 1960s or on social media, but from within political and economic realms, and we know that to change such a deeply-rooted global regime would take at least 20 years and with short term and long term plans at 2, 5, 10 20 years that include “universal salary”. (Srnicek 2015)

I am interested in exchanging ideas in order to find objective conversations creating forums, exhibitions, competitions and conferences, in other words use architectural tools to communicate the problems. These conversations should happen not only between architects but with businessmen, politicians, artists, etc.  I firmly believe, since it has been my academic experience, that change is generated from bottom up, top down solutions are very difficult to achieve. I believe that change in today's world is based on personal and collective initiatives.

Finally, academia as such must change course and at least begin to discuss and instill in young architects the need for change and the respect as well as the continuity of the practice and the discipline of architecture.

Perhaps a publication, a documentary, an exhibition, etc., can be generated after different forums and interviews, are performed discussing as a general topic "architecture's agency."