ISSUE 3. Learning to say it first. by David Hernández

Learning to say it first.

The ground we walk on, layer upon layer, stories among stories that have given all colors to the culture of Mexico City, its metropolitan area, its painful and saturated peripheral freeways.  The experience of the city, the micro (Micro bus), the combi (public transportation Volkswagen SUV), RTP (transportation network). Yesterday’s beautiful subway, survivor of the idealistic climate of easy power and its minions. The stampede transition, sweaty and tight, now anonymous, from the shelter and intimacy to the explicit nude exposure of the self, of becoming. The distinction of casting steel, from triumphal entrance riding on the steed to the habitable intimacy; the archetypal radicality of the “chilango” (individual from Mexico City) eternally surprising. Experiencing a piece of the perspective of the “mexanauta”, (Mexico City person in transit) the outline of a dream circus in its own flesh.

To taste and sensitize those who begin to crumble the impulses and motivations of the "paisa" (citizen), whomever, by investing their life in the construction of the city we inhabit it, an apprenticeship that has flourished accelerated, perhaps premature, by the bestial competition between institutional profiles, seasoned by professional bifurcations, the old conceptions about technological development and governance by vedettes. To understand, the layers, sensibility, competence and the Kafkian creation of rhetorical communication that entertain the attention and stimulate common sensibilities; the dynamics of condensing the shoal through monumentality and media vigor until it is satisfied.

Be the first, in the professional maelstrom of schools to be the first to send the masons, craftsmen of all walks and nuances. We are in Mexico City and cohabitate in the dystopian reality between worlds and agency of the north and south. To be an architect, is inspiration to create, to promote solutions, engineering, and crew, to show the parts and the whole, and then, perhaps, to get to build.

To learn to be an architect, is to take the form of an ideal. It's a convergence between stubbornness  and chance. It's a phenomenon, almost a myth  incorporated  into the projecting exercise. It exists, shines in some places, and is missed by communities. To Calculate and design many can do it, to graduate, to build as well; but responsibility is a lack in professionalization, in credentialism. There is an unawareness of the intensity, humility of service, values, layers, of history. It is an endless challenge to live from building, always curious, attentive to solve and refine.

Today, at almost half a century of the birth of computer-aided design, centuries of compositional thinking, millennia of matter transformation, digital values, teaching in architecture schools is    compromised by the urgent demand; the chaos of road infrastructure, ordinance and urban administration, multimodal design, and architecture services:  local, to scale, generative, adaptive, optimal and parameterized. We forget history, trust in the capabilities of the luminous and advanced human. The approval of the everyday and the attention to pure matter, tik toker, unattainable, becomes the cultural lubricant. Accessibility to information is a benefit for which it is worth giving a speech and to defend, where it is possible to find a glimpse of reason and value in the complexity and rigor of the trade.

The digital architectural design, tangle of operations and transformations, scripts, algorithms, cutting patterns, generative codes which we daily undertake to navigate in large seas of data, collecting and seeing the ideal configurations with programmatic and procedural assistance for geometric, structural, and topological optimization of the architectural compound/gesture; it is viable then, with an open channel the deep dissertation of   the urgent and regenerative composition. Perhaps the high point of the state of the art, reaching ancestrality by proximity to primitive biological components, its abstract housing, functional, hybrid.

The construction of data models is the inheritance of trades, the instrument forged by  the codification of processes and secrets of calculation,  rigorous study,  family. Logical arborization of data, topological correlation, and semiology of the composition share parameters: surveying, topographies, scanning, manifolds, entities with metrics, where it is possible to run scenarios /models, mirroring speculation of optimal virtual constructs.  The  approach can be addressed  with fuzzy simulation practices and  digital optimization, but the observation of What? To contemplate, to provide the determination of objective occurrences, and incidents of an event, human occurrence, phenomenon.

Using the tools, technological systems: laboratories, scripts, tools, with select orientation, it is possible to detect optimal solutions, the model demonstrates the natural incorporation of the sensibility of those who contemplate and download, program. The observation of the occurrence and the event assists in the forecasting of a scene, virtualization of the environment.

Digital visualization has been the standard of the schools of the peripheral corridor, as well as unnoticed initiatives in the interior of the republic; immediately neglected and forgotten by the absurd aspect, divergence between the contemplation of the artisans and those who pursue the "design/build" and say it first.  Guilds contain the secret of methodological evolution, awareness of the natural development of their tools and ways of executing, courage, salary, and performance. Understanding the project, with model, views of the parts and the whole: isometry, elevations, sections, selective orbit. It is the common east to observe, the understanding of the blocks of information, the austere need for a drawing, a diagram that approximates to contemplate the details and the dynamic complexity of the object.

Between the craftsman and the architect apprentice, attention to the object is defined by joint practice and progress in executed projects. The production of simulations within the academic environment is an exploration away from the reality of the pedestrian and vulgar processes which, with anger, teachers and their crew undertake translation from a plane, at best, to the preparation of material and tools /machines necessary to build or fabricate the components of a design.

As far as my experience can reach teaching these procedures, I have found disparity between culture and skills, as well as little knowledge to naturally implement from childhood to generations of young people with saturated contexts to referents swollen of information, experience, and access to resources. Perhaps analysis support and promote local initiatives.

Understanding that the production of practical technologies such as: hand calculation, scripts, administrative operability with CNC machines, data modeling, design, digital optimization, and freehand drawing to feed parameters to manufacturing processes, and real-time decision making, are a cluster of invaluable competencies. Learning in different digital environments, recently considered idle, can be experienced as inherent to solving requirements during structural design and assembling test prototypes. 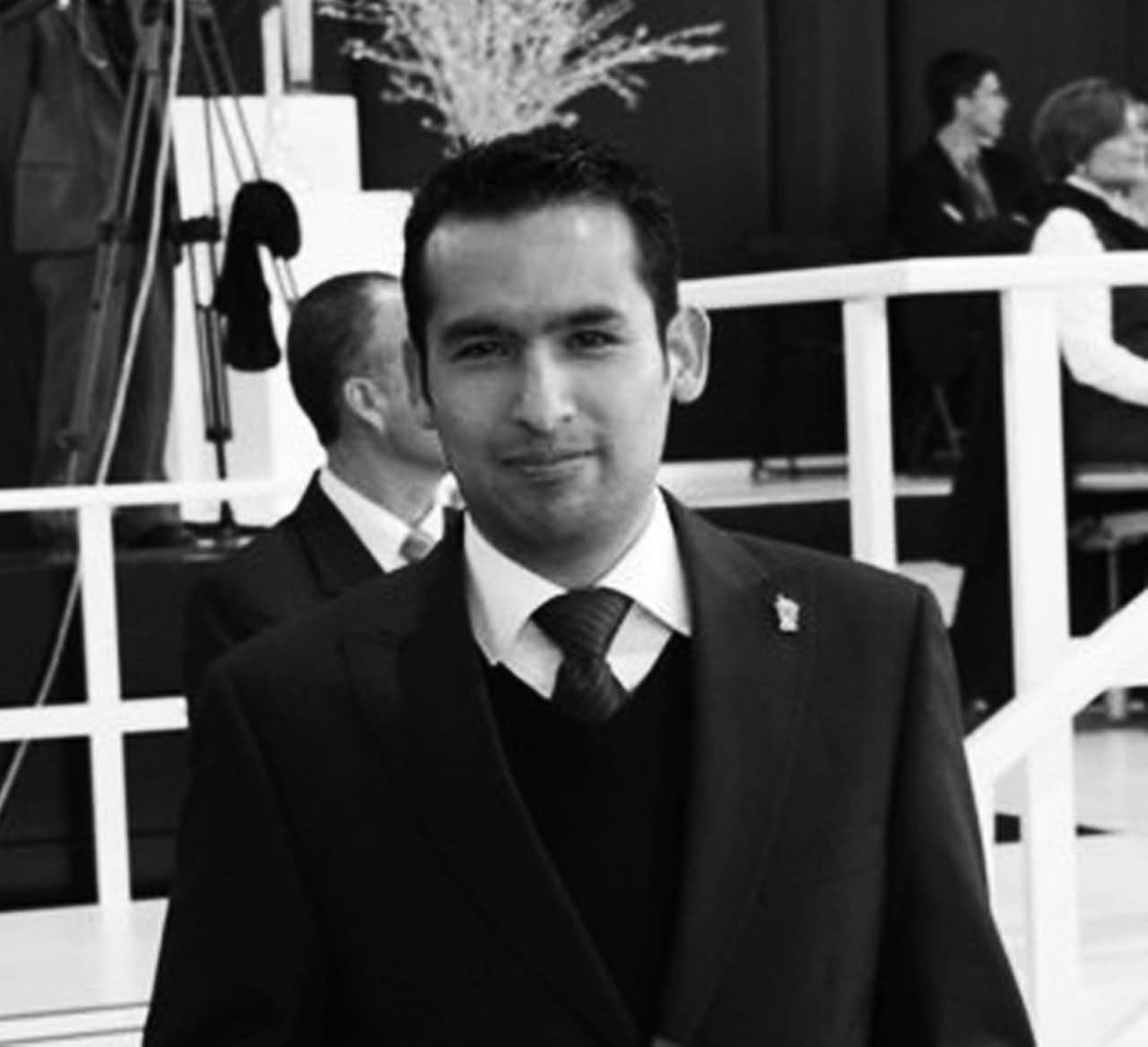 David Hernández Melgarejo since childhood has found himself immersed in creative processes in Architecture, Design, digital and mechanical systems, trajectory that currently integrates interdisciplinaryly in the creation of city, spaces and objects with a digital virtual dimensions and state-of-the-art systems; presenting optimal solutions to establish a symbiosis  between users,  natural environment and technology, propelling human development and regenerative urban models.

He studied Architecture and obtained the degree of master’s in information technologies at the Tecnológico de Monterrey CEM in 2015. He is the founder and consultant of Bio| Architecture Studio / A design & building laboratory.

He has been a consultant and professor in Advanced Technologies  for Architecture,  Design and Digital  Manufacturing at the Tecnológico de Monterrey CEM and Texas A&M College Station since 2009. He participated as a parametric architecture designer, computer design consultant and IT administrator at FREE in the construction of the Soumaya Museum and Polanco Master Plan in Mexico City. He has been coordinator, researcher and teacher at  KRFR  International | SEED  Experimental Study: Energy, Design, Architecture and Programming,  Mexico. He has been an exhibitor at the Mexican Open of Diseño 2015 with design proposals linking Advanced Technologies of Architecture, Design and Fabrication with processes and materials from Mexican craftsmanship.