The Urban Planning of the Historic Downtown of Zapopan, Jalisco

The main value of a historic downtown is its centrality, the concept can be defined in general terms as the point of origin of the city, which is the repository of the collective memory of its inhabitants, its identity, full of cultural values and historical references, it is symbolic and multifunctional, is the place of convergence and starting point of a political, legal, and religious belonging. It concentrates the highest degree of density and diversity of flows and land uses, which are self-sustained by their interdependence, it has a great capacity to offer goods and services to the surrounding areas and to the city in general, concentrates social interactions of different nature, that why it is called "central place". It is precisely such complexity that makes them resilient, they are the founding areas of the city and will endure over time, some retain their values more than others, it is the most democratic place in the city.

Although the historic downtowns share common characteristics, they are different because of their origin and evolution, in the Metropolitan Area of Guadalajara, MAG, we find 10 historic centralities corresponding to the municipalities that constitute it, the most important and best known is Guadalajara’s Metropolitan Center, for being the capital of the State of Jalisco, which is rather heterogeneous and is made up of different neighborhoods with their own identity , already very fragmented in its territorial and socio-economic structure. In this article we will talk about Downtown Zapopan, which responds more to the characteristics and definition of the concept.

The historic downtown of Zapopan is compact and homogeneous, with an interesting duality, it is the urban center of one of the most dynamic municipalities of Mexico and in it is itself a neighborhood with a strong identity, we can say that it is still healthy, since housing is what predominates. It has among its main values a harmonious relationship between its different activities such as, inhabit, worship, commerce, administrative services and is a provider of needs such as education and healthcare for its residents and other areas of the municipality. Zapopan is full of historical and common references that can be seen in places, customs, and language, as for its population we can say that they have roots, identity, and strong social ties between its inhabitants. Other remarkable values are that it still has a 98% of habitability and a strong local economy. In regard to its architectural heritage, it can be said that it is harmonious in which some buildings have important value dating from the eighteenth century to the present day as well as urban elements such as the trace, the plot subdivision into quarters and some open spaces. Among the new insertions, we can mention the Zapopan Art Museum, MAZ. As for the natural heritage, traditional trees of several species are still preserved: zapote, cherimoyo, myrtle, magnolia, and orange, as well as the green areas that were part of the Alameda. As far as its Intangible Heritage, there are several cultural manifestations, the most relevant is the traditional Pilgrimage, which is held every year on October 12 in honor of "The Virgin of Zapopan", a unique festival of its kind for being of a pagan-religious type, in which more than 30,000 dancers and about 2 million pilgrims participate in a single day. In November of 2018 Zapopan obtained its registration in the Representative List of Intangible Cultural Heritage from UNESCO as The Ritual Cycle of "The Carried" of the Virgin of Zapopan, we emphasize this fact because it is the intangible heritage the one that gives meaning to the material.

The main objective of carrying out the Partial Urban Development Plan for the Conservation of downtown Zapopan, Jalisco, is to have a specific technical, legal and administrative instrument for this Historic Center, which is consistent with the different levels of planning in the municipality, the state and the federation and that addresses its problems and solutions in a comprehensive and integrating way. This allows it to evolve according to the municipality needs without losing its cultural values. The Cultural Heritage of Zapopan before the publication of the Partial Plan had several protection instruments, among others, a pioneering and successful Governance program, which was carried out through an Advisory Committee and derived from the signing of the Inter-Institutional Agreement for the Protection of The Historical and Artistic Built Heritage in 1996, which although they were part of the same program and fulfilled an agenda, they needed to be recognized in a single guiding document that was published and entered into effect in November 2002 and that proposes the following strategic actions:

IDENTITY, ROOTS AND SOCIAL TIES, preventing any actions taken to promote gentrification in the area

Balance of USES and ACTIVITIES

Value as an ENSEMBLE

Determination of housing use as predominant

Statistics on uses and activities

The uses or destinations that would significantly impact the downtown are prohibited. Conditions were established for those that can coexist with the housing use, but that have an impact on the architecture heritage, traffic, environment, civil protection or that significantly alter the way of life and customs of the inhabitants.

Improvement of the Urban Image

Line of contemporary design quality as an element of identity

In order to achieve a healthy balance in land uses and meet the proposed objectives, the necessary incentives are created to favor the predominance of housing and the establishment of uses related to tourism, promotion of culture and economic development, so that stimuli are established and building standards are determined , which will allow to take advantage of the potential and demand, as well as the mixture in each property to promote social surveillance and try to avoid city blocks or areas with no housing.

In order to strengthen the neighborhood identity, it is exempt of guaranteeing parking spaces for commercial and service uses at the local and neighborhood level.

For heritage conservation, incentives are established such as the tax cut to those properties that are part of the historical and artistic inventory, and a tax cut is proposed for housing and mixed use that include more habitation.

This Partial Plan is the only one that downtown Zapopan ever had and the first of its kind in Mexico. Almost 20 years after its publication, it is still in operation and responds to many of the problems of the area of is area of intervention, because it has not had any revisions, nor modifications, it is necessary to review them to integrate actions that give answers at the local level to problems such as the Climate Emergency, Inequality and in general to the achievement of the Sustainable Development Goals, which determines concrete actions for Urban and Economic Resilience and, that is an inclusive and friendly center for the elderly.

Good planning and intervention of historic downtowns is one of the most forgotten fields both in education and in practice, public policies tend to specialize their activities and, to make them monofunctional, this deteriorates them, turns them into marginal areas, negatively impacting their environments and the city of which is their first settlement , the deterioration of an Urban Center can be compared with the waves generated by a stone that we throw into the water, forgetting that it is their diversity of activities and services that makes them the relevant difference of the city, these Centers for their particular characteristics and the importance they have in the development of the city require specific planning and management, addressing its complexity in planning helps to leverage its values and develop its potential. Partial plans must establish the mechanisms for management, as there is no point in planning strategically without having the elements to manage in the same way.

The metropolis is structured and functions as a network, or rather as a series of interconnected networks, it is a system of collective interests, monitoring and documenting the evolution of an Urban Centrality, this gives us the pedagogical guideline to create New Centralities, together, the Historic Centers and the New Centralities form one of those networks that articulate the polycentric city. Therefore, it is very important that each of the municipalities that make up the Metropolitan Area of Guadalajara has its special plan and its municipal program of polygons with heritage value and take advantage of what the knowledge of the Historic Downtowns and traditional neighborhoods can contribute to the city as proposed by Camilo Sitte;

"The study of squares and ancient urban layouts to be able to use the "causes of beauty" in future urban developments, to reveal the pedagogical aspects of the ancient city and its spaces, highlighting the propaedeutic value of heritage". 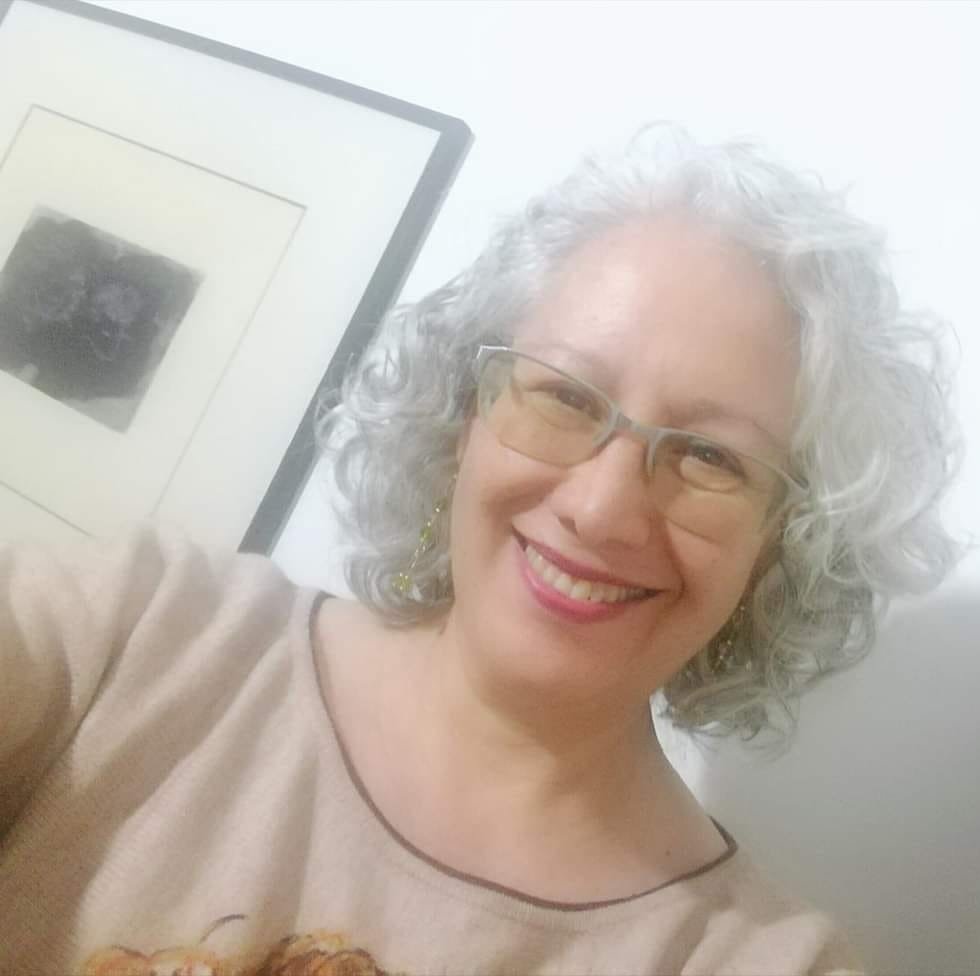 She received an architecture degree by ITESO. A master's degree in "City Management". From the Universidad Politécnica de Cataluña, Barcelona, Spain. And master's degree in "Innovation in the Governance of Large Urban Systems", École Polytechnique Fédérale de Lausanne, EPFL, Switzerland. Since March 2018 she has been part of the Climate Leaders Corps of The Climate  Reality Project Foundation.

She has been working for more than 23 years as an official in the municipality of Zapopan, Jalisco. She has taught at the schools of Architecture of the Universities ITESO and Tecnológico de Monterrey Campus Guadalajara and, in the private sector in Regional and Urban Planning, Research on the Problems of Historical Centers, Architectural Project and Development of Normativity.