ISSUE 6. Design in the Face of the Emergence of New Realities by Francisco Platas López

At the beginning of the sixties in the last century, Arthur C. Clarke, in his story "Dial F of Frankenstein" imagined a telephone network that, being increasingly interconnected, spontaneously generated an intelligence and thus caused a global chaos as it became the control of systems that until then were controlled by human beings.  A century earlier, John Stuart Mill in his work "A system of Logic" (1843), established that heteropathic laws do not comply with the principle of composition of causes, that is, they do not follow the principle of causes that dictate that the joint effect of several causes is equal to the sum of their effects separately. If, as Oscar Wilde points out, nature copies art, today the property that arises from the interaction of fundamental entities and that transforms and becomes novel or irreducible from those from which it initially arose, it is called an emergency.

An emerging phenomenon is, for example, the complexity of the problems generated by the multiple interactions between inhabitants, infrastructure, geography, environment, economy, etc. in the design of large cities. In a mega-city the problems are greater than the sum of its parts.

Another definition of emergency refers to a dangerous situation that requires immediate action; for example, it is the attention to problems that arise in cities at the time of a pandemic such as the one we are experiencing.

Whatever the definition of emergency used, its teaching and interaction with design is not trivial and it is attempted to study, from its first courses in universities and technological institutes.  Currently, in design teaching, there are basically three approaches to its teaching: The first - which unfortunately is the most common at the professional level - is the approach based on techniques inherited from the art academies of the eighteenth century. This is equivalent to thinking that contemporary physicists tried to solve their equations based on the study of the ether or that chemists sought answers through phlogiston theory.

A second approach, generally propelled in postgraduate studies, it is about using methodologies from other areas of knowledge. The reason for this is that, unlike the nomothetic sciences, the social sciences or art, the design disciplines still lack a methodology with the same rank and identifying value as the others. This brings with it a weakness that is a strength at a time: the design discipline uses methodological techniques from all of them; for some subjects, hermeneutics is used (as in the theoretical study of art), in others, qualitative methods (as in the social sciences), or attempts are made to use mathematical models imported from nomothetic disciplines. This mixture makes many designers, even coming from the same academic instance that gave them their degree, integrate into the artistic areas, others to the social sciences and others to the scientific-technological disciplines.

The third approach is both a challenge and an opportunity: A method that considers that the previous categories of analysis are insufficient to understand the emerging problems of design in the twenty-first century and that it is necessary to make use of the new epistemic tools that explain these new phenomena. This approach, however, is still in the phase that Tomas Kuhn defined as extraordinary research, where normal science is "lost", and its vision fragmented in some of its precepts. This last approach, lacking a solid and consensual basis among peers, sometimes leads to Byzantine discussions  with  derogatory tendencies. The lack of understanding, or even the fear of leaving the comfort zone, prevents its total incorporation into the curricula for their teaching.

Derived from the discussion above, design is now at the same crossroads as those anthropological studies of the nineteenth century linked to the interests of European colonialism of the Industrial Revolution.  For many people to talk about design is to talk only  about "fashion", the "objectual-building", the stroke, the drawing, or the Anglo-Saxon "design style".  This idea has led to the design being 'part of the Heideggerian 'DAS MAN' that establishes, fixes and decrees the way of being of everyday life and leads to an inauthentic understanding of  ourselves. The "objectual-building" design seeks to "rescue" the history of design, objects and architecture by subjecting the peripheral countries to the hegemony of new economic interests and new instruments of control and domination.

Faced with this position that has led to environmental deterioration, the indiscriminate use of resources and the aspiration for a life of increasing development where we consume to produce and produce to consume, there is the approach that considers that objects, and projects, by themselves lack history.  The human being is the one who has history and gives a symbolic connotation to such objects.

This position, considers design, not only as a "culture of experts", "of specialists" or of "artists" but as an activity that all humans share and develop: an activity that made three million years ago that a hominin "prefigured" tools by observing a branch and a liana vine and leaving testimony of its achievements to its descendants.  This new approach allows us to think of a new design, focused on the complex essence of human nature.

In the mid-twentieth century, during his acceptance speech of the Nobel Prize, William Faulkner warned that, in the face of the problems that lay ahead, one of the poet's duties was to  be  the pillar to make prevail the memory of courage, of honor, of hope, of pride, of  compassion, of piety and of sacrifice as the glories of the human  past.  More than half a century later, emerging environmental problems caused by the human interaction of 20 million people in regions such as Sao Paulo, 30 million, such as the Greater Tokyo Area, or 100 million, such as the Jing-Jin-Ji Metropolitan Region, drive the design of new utopias. For Rafael López Rangel, these utopias "are organizations of ideas, which do not sprout – although sometimes it might seem they do in a capricious way. They are constructed, by specific individuals or social groups and at certain historical moments. Therefore, it becomes indispensable, in historical research, to reconstruct the process of production, creation and complex meaning of the utopias in question, taking into account the various processes that build them, the feedbacks that occur and self-produce, as well as the meanings they now entail.

In the face of new  environmental emergencies, with hope and without nostalgia, the complex and emerging proposals of the new designers can strengthen these utopias by granting emancipatory  symbolic values to their achievements; also promoting and prevailing ideological transformation of consumption; putting on the table the debate of development and degrowth;   imagining a more just and equitable world with those who have less.  A world inhabited by humans who, according to Faulkner, possess a soul and a spirit capable of compassion, sacrifice and resistance. 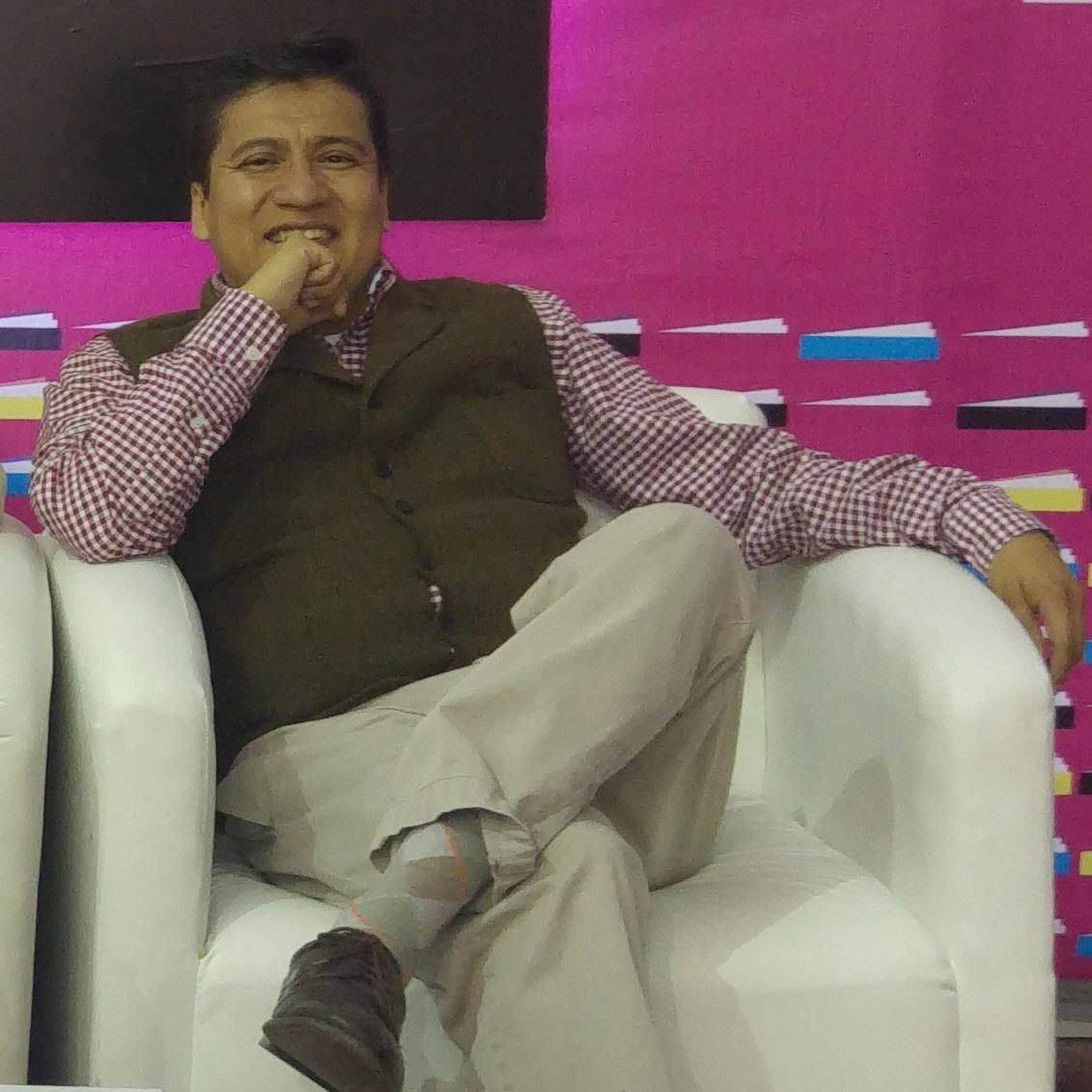 He holds a PhD in Sciences and Arts for Design, a member of the National System of Researchers (CONACYT), a full-time permanent professor at the Autonomous University of the State of Mexico, a postgraduate professor at UNAM and an International Academician for the Society for the History of Technology of the United States. Among his recognitions are: UN Special Award to achieve the sustainable development goals of the 2030 Agenda, Diseña México, 2020; He was appointed leadership facilitator, by the UN and the World Design Organization in the Design Challenge for Gender Equity in Asia and the Pacific; was awarded the National Design Award in 2018. His line of research is complex design for everyday life, vulnerability, and risk.