Those of us who live in Mexico City survive among smog, large avenues, public transportation, and people everywhere. We wander and transit every day in a space where urban space has already become invisible.  There is a protest somewhere, the road accident, the new public works under construction, and the negligence of public transport. Mexico City is chaos, and its inhabitants perform as survivors and actors of the same drama.

We live with the traffic, stress, and anxiety to travel for a long time a short journey or a long distance obviously takes even much longer, it does not make much sense how this city is so brief and so immense and how it is that despite that chaos it is still one of the most populated cities in the world.

There are areas where you only work and where you only live and that at the same time are a mixture resulting from the sum of both in different intensities, since each of them needs to provide solutions to the needs of those who occupy it. None of these areas are exclusively for work or housing.

How much we suffer in the city and how little we enjoy it.

It feels like another city that is lived from the window that faces the street, from inside the house with a view to where it seems that it is always the same but in reality, there are many stories as people travel.

Subdivisions, Housing Units, neighborhoods, small towns, barrios, slums...  and many other denominations give meaning and characterize the space that we inhabit in groups, each of them named in such a way according to their specific formal characteristics, on the other hand, they are other particularities that, because of History, endow the space with its own, authentic and unmistakable sense. In this way, the city, at every step, is not only the scene of survival routines but also a mirror in which everything that has formed each of its inhabitants is reflected: their family histories, their living spaces, community life, and their roots.

The chaos caused by the patron saint festival of the Barrio de la Magdalena in Culhuacán, causing the partial closing of Taxqueña Avenue will be a little annoying to those who travel the road, since, because this particular day of celebration is recognized, as well as the "emotion" that causes the feast and whoever inhabits that neighborhood, will run an air of pride and aggrandizement for belonging to this particular place that puts together the largest party in Culhuacán. Feelings are nothing like those that are perceived if a motorist collides with a small bus and the circulation is closed on the same avenue ...

It is increasingly common to listen with great nostalgia to phrases that evoke a distant past while contemplating some element of the city that now no longer exists, almost with sadness. However, memory persists, and it is from it that the continuity of actions carried out in a certain space gives it an identity. Someday when no one else will remember that space and it will be then that it disappears.

Those of us who inhabit Mexico City live among shared memories, and stories that have created traditions and that are expressed in customs, in everyday life, that we can appreciate inside the house, through the window and that we are aware of the great value of the space we inhabit only if we are able to go back. 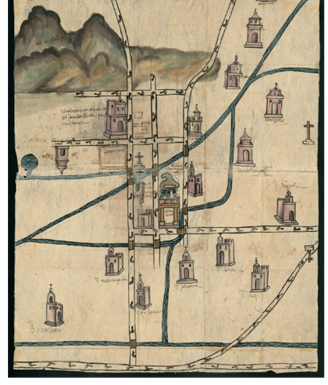 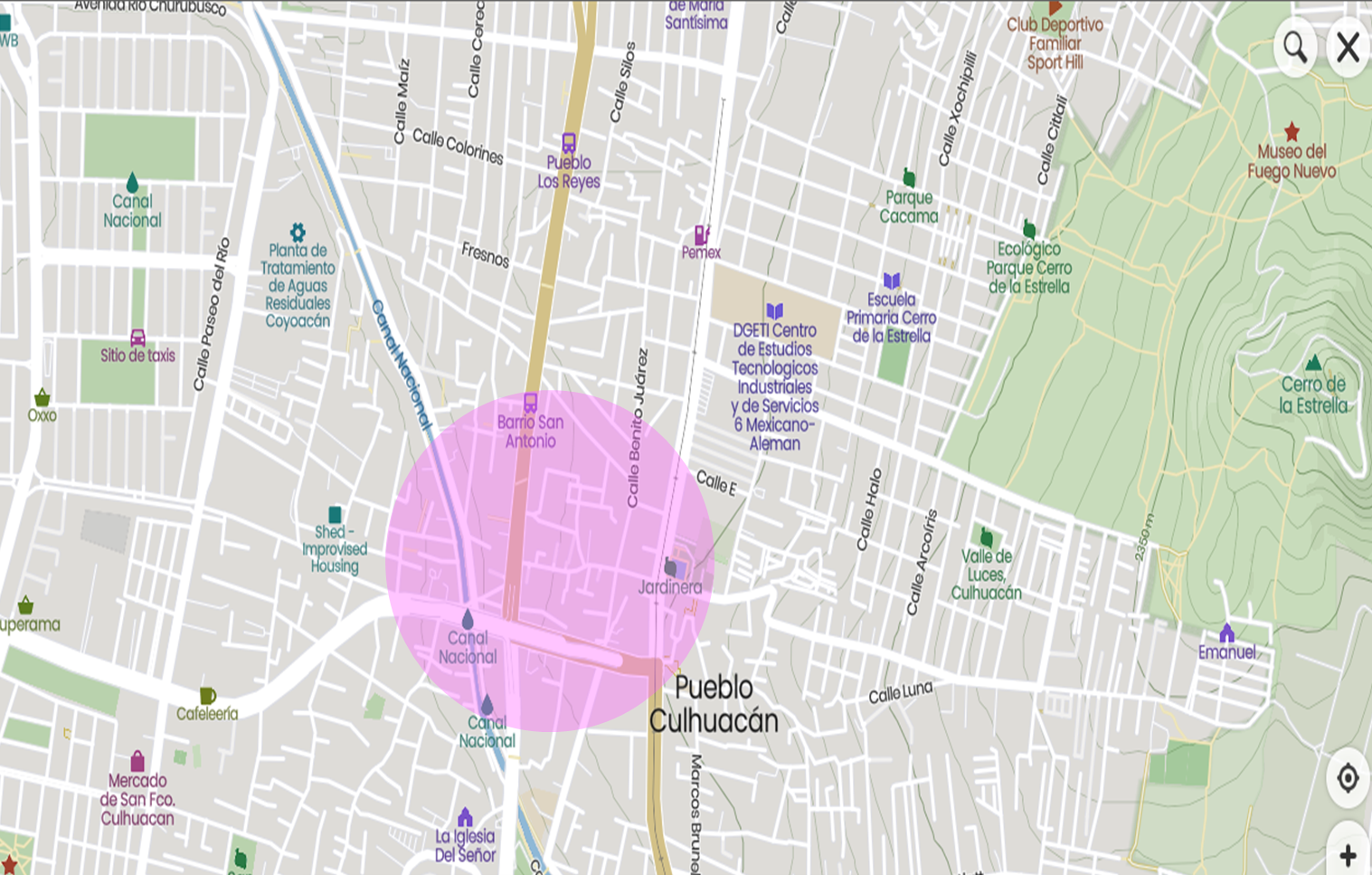 The shaded zone is the same area that alludes to the RG of Culhuacán.

To recognize each of the elements that make up the space we inhabit is to recognize ourselves as part of "something".

Just as an example, Culhuacán turns out to be one of the more than 100 towns and neighborhoods of Mexico City today, in its territoriality, which extends even more from the political division by townships (between Iztapalapa and Coyoacán) the collective memory is who resignifies each of the spaces even though they have been modified considerably, not only changing the landscape but the sense of space as well. Modernity or contemporary needs, mainly mobility, in response to the expansion of the city everywhere, has caused those places that were the edges of the city to now become liminal spaces but not less important but even more relevant in the daily life of those who inhabit it and those who travel continuously.

Today Culhuacán exists, like many other points in Mexico City is facing the modernity of the 2000s, with a new Metrobus line that connects Xochimilco with Rio de Los Remedios and disconnects the neighborhoods from each other, and at the same time interrupts the road, which perhaps was there since the seventeenth century to consolidate itself as a processional road between neighborhood and neighborhood. The Metrobus and the vehicular circulation must stop right at the Calzada Taxqueña station to leave the road free to the neighbors who gladly walk in the company of music, horses, dances, and their saints. The neighbors’ procession must cross the avenue, Axis 3, to be able to continue with the road marked with stone crosses along Morelos Street, which extends several blocks from the former convent of Culhuacán, also crossing Tláhuac Avenue, below the gold line of the Metro (subway), which continues along a partly cobbled street, reaching the Stone Cross of San Antonio Culhuacán and advancing to this point of the Metrobus and continuing towards the Barrio de la Magdalena and beyond.

The cars’ noise, cargo trucks, and the Metrobus are combined in an interesting game with the gallop of the horses, the bells that announce the passing of a saint procession, the music of the band, and the explosion of pyrotechnics.

The every day is interrupted by tradition despite the fact that tradition has already been broken by the passage of the life of everyone else, of others, of those who were only passing through and know nothing about what really happens here.

In Culhuacán, at least once a month some music ensemble surrounds Morelos street, crossing avenues and the pyrotechnics persist until at noon, at midnight and when the procession approaches and then moves away, a festivity that, in addition to some family reunion that closes streets by placing tents and platforms for the musical ensemble, this alters the daily order of vehicular traffic but brightens the pedestrian and domestic space.

We try to live in a city that has been built on spaces that do not correspond to this era, overlooking the physical qualities of the site and also the intangible characteristics that give meaning and particularity to the way in which the city is lived. Culhuacán has been just one example of the living tradition because there are still extended families in their properties that have passed these activities for generations. The neighbors recognize each other and create community, and many of the older adults have spent their entire lives here and have witnessed the transformation of their community, how, for good and for other evils everything has changed. It is curious to hear how the days of the street market (tianguis), neighbors still say "there in Mexico," as if Mexico City was farther away, they are in Mexico City, or refer to going to Culhuacán as another center when it is only a few blocks away.

The daily routine of the city distances us from the awareness we have about the space we inhabit, about relationships with others, and our connection with history, not only that formal textbook story but with the historicity of spaces, of everyday life, and how this goes in relation to our own history.

We pass through and survive the city, a city made of chaos, projected and prefigured to solve contemporary problems and needs but that, between the presentation of these "solutions" erases all memory, bursts with what gives meaning to others, and leaves voiceless those who are different from those who do not live there.  This city will have as many stories as its inhabitants and so many of these stories will survive as long as the places and memories persist. 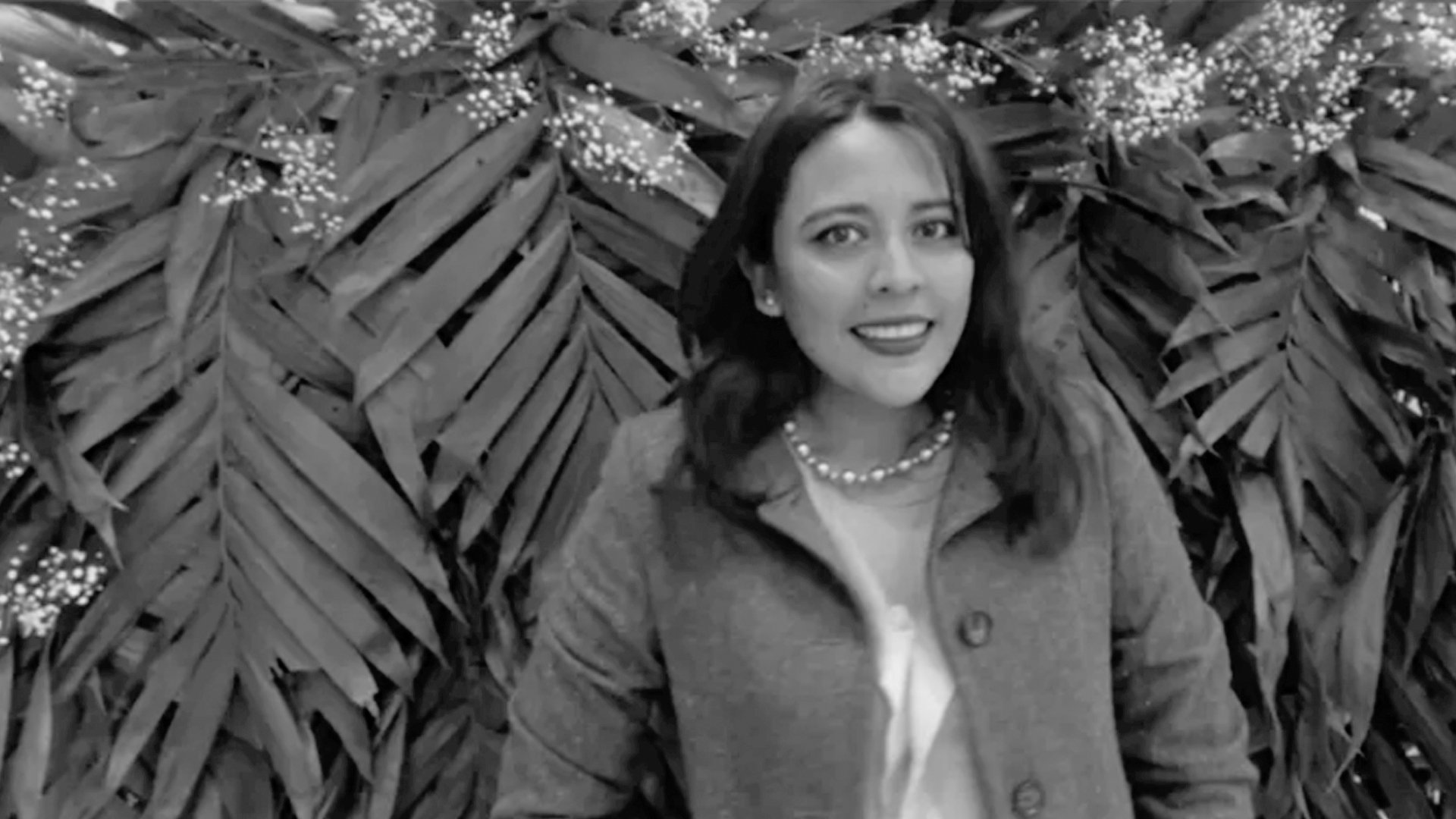 Researcher and mother. Interested in Architecture and history and local contemporary social problems. He has carried out research that moves between history, art, and architecture, questioning and reformulating his own methodology for case studies. Fieldwork and Oral History have been methodological guides for the elaboration of research presented in forums at national and international levels. Master’s in architecture from the National Autonomous University of Mexico, Specialist in Art History, UNAM. Degree in History and Studies in Social Work.