ISSUE 7 The Illusion of the Cultural Experience of Tourism. A Reflection of the Tourist Activation in the Historical Centers of Cultural Tourism by Samuel Cárdenas García 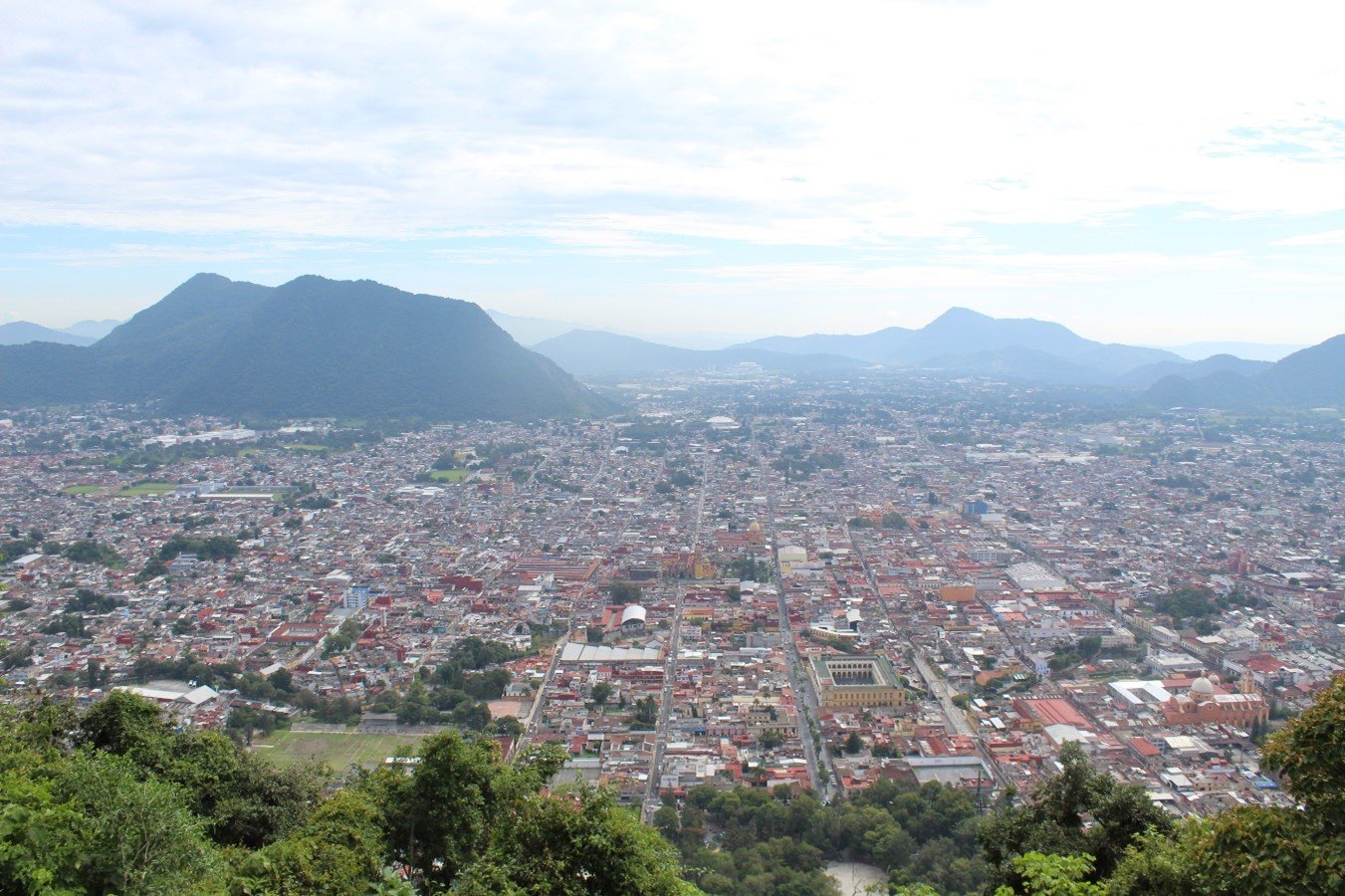 Fig. 1: View from the Cerro del Borrego of the historic center of Orizaba, Veracruz. The historic center was decreed a Historic Monuments Zone in 1985 and a Magical Town in 2015. Photo: Samuel Cárdenas García.

It can almost be assured that the largest cultural sample (by scale) of humanity is our settlements, physical samples of how we modify the natural environment in order to settle ourselves. We make an act of appropriation of the geography of a site to take advantage of its resources, which implies an act of knowledge in the domain of the environment, to use these resources and in turn transform them to be able to produce living spaces, which ends consolidating our sedentary status.

Therefore, the urban-architectural phenomenon is a material sample of the culture of each social group and each of the settlements responded to the characteristics of the site. Without going into greater detail about the history of urbanism, I just want to rescue that the trace, morphology, infrastructure, constructive materials, and architectural genres, among other elements; are going to be cultural evidence and by the capacity of remaining in time, as historical evidence.  Although from the nineteenth century with the industrial revolution and in the twentieth century the technological advance, allowed a dazzling new way of production in construction, shortened the construction time, the scale, the typology, even the economic activities ... that is, they defined a new way of producing living spaces; now our settlements are designed from the perspective of industrial production, replacing the manufacture of the "artisanal".  In the same way, the new incentive of production and the idea of globalization, homogenized our settlements, gradually erasing the particularities that each culture printed on its cities.

The now-called old city resists the new dynamics of production and accelerated growth, being left to its fate, being lost either by human action or by nature, while others run with better fortune allowing them a certain way its preservation. When we get to the present, the global city is our environment, and the homogeneity of concrete, steel, and glass, is our daily life. Inside our cities there are traces of that city which we spoke about in the beginning, from the wave of development, where the past no longer defines our present, now we propose to look to the future (González-Varas Ibáñez, 2014), the vestiges remain as a memory of historical or affective facts filling them with symbolic meaning which gives way to the recognition of a heritage.

The meaning of the existence of heritage is sustained by historicity, aesthetics, the logic of scarcity and particularity, recognizing the difference between cultures and at the same time, richness and diversity, that is, it helps us to identify ourselves within the design of the nation-state to which we belong and to differentiate ourselves from other countries and cultures.  The historical urban and architectural spaces attract our attention due to the experience of knowing the past and knowing about the culture of the place we go to visit, so the old towns are already conceptualized as historical centers, defining a polygon where the experience is cultural attracting local and international visitors.

Tourism and the culture of consumption of culture

Tourism currently has a heyday thanks to the technological advancement of transport systems and infrastructure, which allows it to position itself as an activity of global stature. Hand in hand with technological advances, current global policies have helped to fade the borders between countries which have facilitated the displacement of population and the culture of anchoring, (Hiernaux - Nicolas, 2002) helping the tourism market in the reception of both national and international tourists.

Tourism must be understood beyond an economic activity to work as an "inducer of economic activities, by offering goods and services based on tourism demand", which (Hiernaux - Nicolas, 2002)is why it has positioned itself as one of the most profitable markets globally.  Destinations under the promise of economic spillover resort to their natural and cultural resources to offer them for the enjoyment of the tourist.

For Mexico, tourism represents the third source of foreign exchange and is increasingly seeking to boost it to position Mexico as one of the main tourist destinations internationally. As Sonia Lombardo points out since the 1930s the state recognizes that cultural heritage has a profitable potential for the tourism market that, with neoliberal models, the state and private capital, form a binomial in the construction of the image of Mexico as a tourist destination, with a wide wealth in sun and beach destinations, also with a cultural richness that complements the experience of knowing Mexico. Mexico ranks seventh in the world and first in the Americas, with more UNESCO world heritage sites, and is identified as one of the countries with a living culture rich in traditions, which is used as a resource to open Mexico in the cultural tourism market. (UNESCO, 2019) 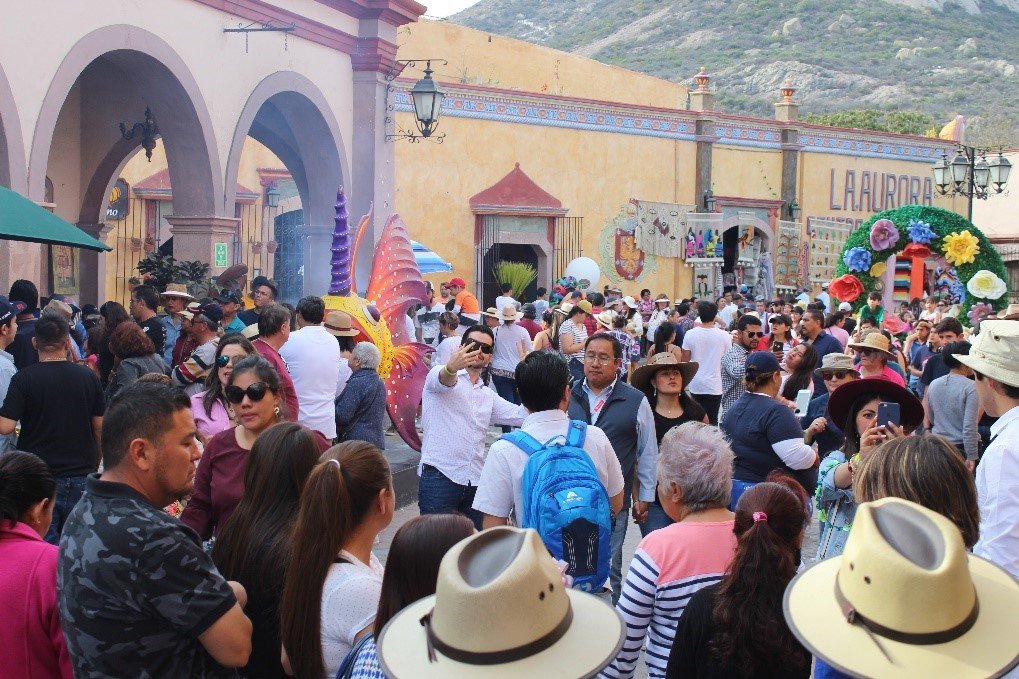 Fig. 2: View of the overcrowding of tourists during a weekend in a pedestrian street of the historic center of the magical town of Bernal, Querétaro. Photo: Samuel Cárdenas García.

Tourist and destination enter into a mechanics of power comparison,  on the one hand, the tourist brings the expectations of what he or she wants to see and consume, everything that has been researched before making the trip, at the same time, despite wanting to live the cultural experience of knowing he or she is not willing to leave his state of comfort totally,  they will request a set of facilities such as lodging, shops, restaurants, which will give them the tranquility of the familiarity of spaces of which they are accustomed in their place of origin. On the other hand, in the receiving destination, local authorities make a selection of all the cultural repertoire that can be useful as a tourist resource, those elements that have the potential to meet the demands of the tourist, in the same way, it creates a polygon of action providing infrastructure, equipment, and sanitation where virtually the tourist can access without dealing with the problems of the place, so as not to break with the assembly with which the tourist has visualized.

Although tourism is presented as an opportunity for development, when this overflows the receiving destination becomes a threat, mainly this happens in small destinations those that we still come to recognize as towns, and cities can’t escape the massification, cases such as Barcelona or Venice are examples of how tourism has exceeded the capacity of the site. The tourist experiences are becoming more and more specialized and the market reacts to these new demands, finding new ways to satisfy the tourists who are increasingly demanding of their experiences, compromising the local cultural dynamics that at first were the attractive resources of the place, to giver place to the adaptations for new demands, causing a process of globalization and urbanization of the destinations.

All the tourist adaptations turn the destination into a montage, an illusion of reality, an eternal carnival where the population enters the market, providing services in the attractions, mounting shows, guide service, working in hotels, restaurants, or those spaces intended for tourists, specializing the population only on service, returning to the tourist activity practically as the main activity of the place, forgetting those local activities that gave rise to the settlement. This setup is what we get to see on social networks, the tourists do not question the authenticity of what they see or consume, as long as it satisfies their need for entertainment and leisure.  Most of the budgets for tourist activation of the sites are oriented to improve the urban image to the satisfaction of the tourist, although the visitor is the engine of the local economy, and has a temporary stay, leaving inactive spaces within the town that are only reactivated when the weekend or holiday periods return. The COVID-19 pandemic was evidence of when tourist sites and populations are over-specialized, during the pandemic some destinations were described as "ghost towns" because the streets looked empty, and shops closed. It is enough to clarify that these are not uninhabited villages, it was simply closed to tourism, but due to the over-specialization of the historic centers to the tourist market, they look empty with no tourists to trade what is useful for the town. 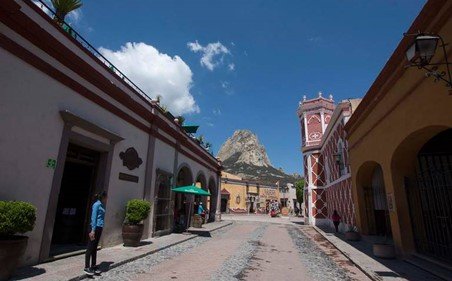 Fig. 3: View of the pedestrian street in Bernal during pandemic isolation.   Photo: https://www.elsoldemexico.com.mx/circulos/turismo/bernal-de-pueblo-magico-a-fantasma-5010622.html

Historical centers and cultural experiences when they are overtaken by massive crowds and the market produces urban-architectural transformations that radically change the physical and social context of destinations, a process of tertiarization begins, and activities within rural and suburban areas insert them into the globalized world, by meeting the demands of visitors, gradually erasing all the cultural qualities that the site had. The state presents tourism as a way to bring better economic and social conditions for the localities, when it should be presented as an alternative mode of development, without displacing the already established economic activities.  Only one sector of the population manages to adapt and insert itself into the tourism market, while another sector fails to enter the dynamics.

Each time the offer of the tourist market is more exclusive, causing the offer to be increasingly in the hands of investors with larger capital and more exclusive concepts, therefore the economic growth that tourism promises is sometimes selective, only for those who can compete in the market. This excessive promotion puts at risk the original population as a generator of the cultural and historical heritage of the site, replacing it with a culture of tourism.  It would be important to carry out a process of slowing down tourism activity to curb the accelerated urbanization of the sites, as well as the radical transformation of traditional environments and the detachment from cultural expressions.  It is not about eliminating tourism, it is about looking for planned strategies for the organization of the activity, to avoid the threat of overcrowding caused by the unbridled tourist activation, due to the promise of economic development. 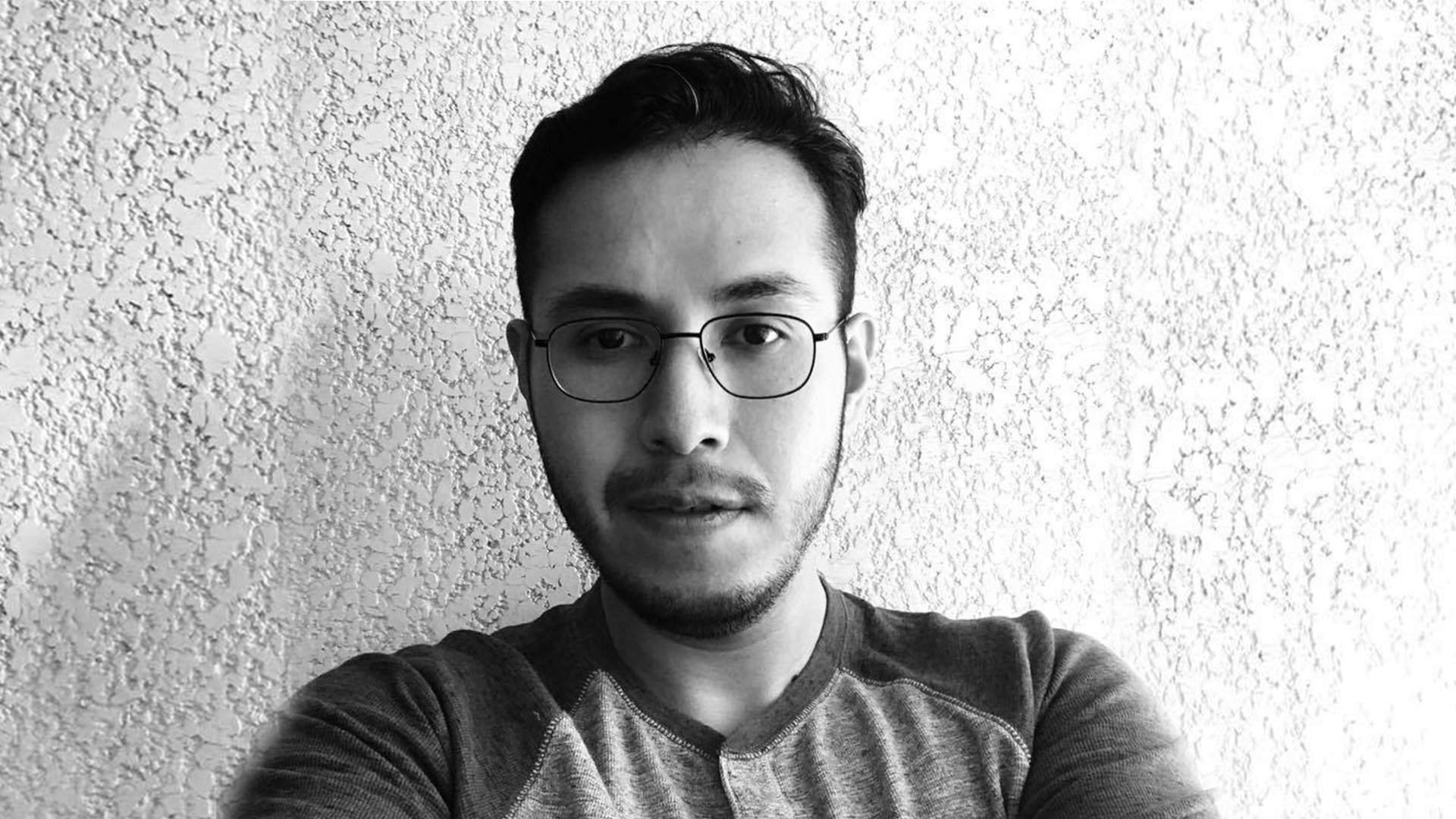 He graduated from La Salle University Mexico City with a bachelor’s in architecture, with a master's degree in Architecture from the UNAM, in the field of knowledge of ACT. In professional practice, he has developed mainly in the field of conservation and restoration of architectural heritage and in design. The topics in which it is developed are in the study of heritage, its uses, and value criteria and the study of tourism activity, urban-architectural transformations by tourism activation in rural destinations of historical value; both approached from a critical approach and citizen participation as a methodological tool.