The school of architecture always was, is, and will be, a maker of dreams and illusions, ranging from the most playful and human issues to the most technocratic and corporate that the word architecture allows. Taking into account that the construction industry "is the fourth economic activity that generates wealth" with 7.4% of the country's total GDP in 2021, according to data from the Mexican Chamber of the Construction Industry (CMIC), it is not uncommon for young people enrolled in architecture to visualize a stable economic life without major labor concerns.

On the other hand, there are also those who glimpse a life full of beauty, taking as heroes the posthumous master figures such as the American Frank Lloyd Wright, who imagined architecture emerging from its environment as a tree from its roots; or Juan O'Gorman, who in his latest works rethought his vision of functionality as stylistic sustenance, then he also embraces organic architecture,  or a Luis Barragán, master in the management of light, color and the human spirit.  Over time, just like the child who gradually loses innocence and curiosity about the wonders of everyday life, the student close to his graduation will also tame these passions, replacing them with a genuine concern for what will be the source of his livelihood tomorrow.  Here the local, regional and global realities will begin to have an indiscriminate impact on the life and profession of those who have the task of producing living spaces.

It is clear that, in the years to come, environmental issues will take center stage in the media, as well as in day-to-day discussion and opinion, which they will presumably take their place as the most urgent and main mechanism of coercion between nations at international summits. The impact of this dystopian panorama on the issue of housing and living spaces cannot be ignored, whereas the regional and international economic panorama also plays an important role.  Finally, let's add the cultural aspects that transform and blur the notions and hopes placed in the craft of designing living spaces.

In this historical moment, where Latin America enters an ideological swing that alternates between left and right vertiginously, where globalization is within reach of a mobile phone and a publication on preferred social networks, creates trends, as well as social and propaganda movements. There seems to be no room for the structuring of the arguments for something that resembles a consensus, resulting in a society that is mostly decontextualized, with frustrated aspirations, and from which structured proposals such as the idea of architecture must fight resistance. It is, therefore, the same decontextualized aspirations that will shape the contemporary architectural space, where the visual sustenance of the facades of luxury mansions prevails over spatial comfort as if it were about buying a sports car, regardless of the engine or horsepower, only the color and the form of the chassis, and maybe if it is a convertible.

Seeing the rituals for teaching this profession from academia, forces us to reflect on the methods and perspectives by which we end up preparing future architects and urban planners, who will be in direct contact with a long chain of problems. The result of an era of excesses and negligence derived from spinning a series of gears that appeal to comfort, raised from the ideas and configurations of luxury, exclusivity, and progress, to see the problems of others as alien, as something that we don’t have to touch or attack and keep our comfort zone.  Of those architectures that have chosen to repeat these models, without trying to dialogue with something more than the bias of what we know and identify as tasteful architecture. So, what are the realities that we overlook?

The reality is the terrible outsourcing, the serial housing that is never inhabited, the absence of public transportation that dignifies the user in almost the entire country, the dependence on fossil fuels, the shortage of resources, the water crisis, all this is what impacts the urban-architectural sphere directly because if we talk about social problems, we will have to write an entire book.  The reality is everything we deny today will come tomorrow urgently knocking on our door.

Now as we go deeper into the issue of urgency, it is evident that proposals are needed, which in the best of cases will come from the formulation of a theory that attends to our times and context, from the experiences of urban-architectural praxis, to stop paraphrasing a city project that began its decline towards the end of the twentieth century. 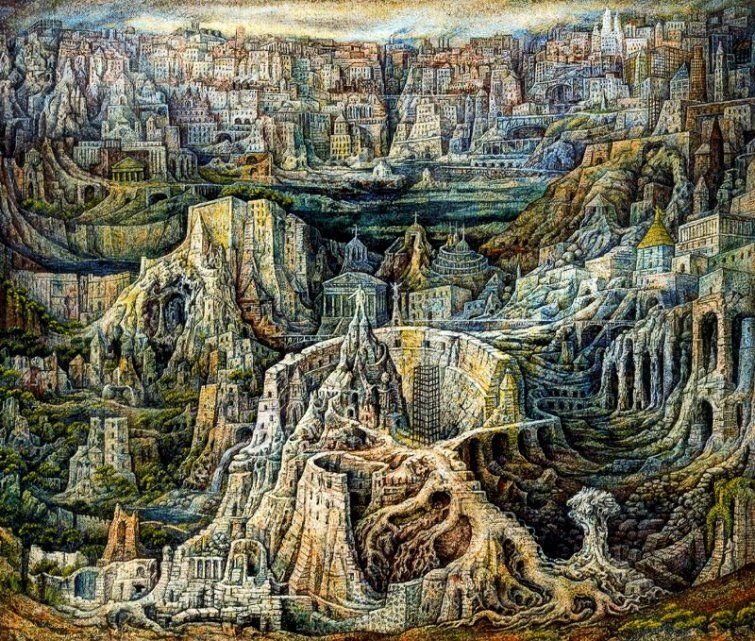 A contribution from urban-architectural research; the new rurality

Among the fields of action to solve future and current crises, the option of the reincorporation of an agricultural culture has been considered, based on the logic of promoting urban sustainability among the authorities and citizens.  In a personal experience (in order to leave a comment of benefit for the reader), resulting from the postgraduate studies at the UNAM that I taught as a result of the research entitled "The collective space of rurality: an urban-architectural look from the original town of San Pablo Oztotepec, CDMX"(Mexico City), through an analysis of this locality in contrast to the situation of the Metropolitan Area of Mexico City, it has been possible to explore and measure some issues that are relevant to talk about the future of large cities in the country.  For the reader, it will be non-negotiable to give an answer to the question Is the reincorporation of rurality into urban centers an alternative to alleviate part of the urban problems of metropolitan areas?  Although it is important to make the primary activities visible, beyond how much they can offer in terms of the percentage of the country's current and third year, there are other valuable lessons to be addressed, which have to be addressed from the sphere of legislation.

In the case of a study on indigenous peoples, the sociocultural dimension will inevitably be the issue of greatest weight and relevance in terms of urban or rural dynamics that occur on the part of its inhabitants.  Under this premise, a society that assumes itself as modern, in an economic position benefited in relation to the bulk of the population, or that simply identifies with a model of urban life in an area assimilated as part of a metropolis, even with the shortcomings that this means to them, will hardly turn n  to see the possibility of consuming products outside the logic of the market of establishments, and even more difficult to produce n their own food. The topic of identity and habitus will emerge in almost all cases as a substance of urban dynamics, of the appropriation and use of infrastructure, equipment, and especially architectural objects.

On the other hand, the issue of the possession and administration of the territory represented another core issue of this analysis, finding that despite having a situation of apparent precariousness and lack of opportunities, the elderly in possession of their land subsisted on agriculture and livestock breeding, while the youngest suffered from the difficulties resulting from the remoteness of the Milpa Alta mayor's office (the place where the town of San Pablo Oztotepec is located) with its place of work, located mostly in the economic centralities of the capital.  In addition to this, the student population also encounters an important mobility obstacle to reaching their study center, where in the case of university students is even more profitable to rent a room closer to their universities, most of the time in conjunction with other colleagues. This also ends up impacting the question of the distribution for housing space. While large departmental towers extend into the firmament of the country's major cities, essential resources such as water supply are increasingly limited in the peripheries, and in cases such as Mexico City, they are rationed in the most popular counties, where more than half of the capital's population lives.

One of the positive aspects of the analysis lies in the self-management that the community has to establish an agenda of issues to be resolved, carrying out neighborhood meetings in the main community spaces such as temples and collective spaces, where through social structures that they themselves have recognized with the passage of generations, they are organized for the contribution of resources,  labor and mutual support in general, regardless of the position or economic situation that the family that acquires the commitment passes. This is reflected mainly in the management of the festivities, as well as in the care of the buildings that the community feels as representative of the town, where the work of care, maintenance, and surveillance of these are distributed.  It is in this idea of urban-architectural management that we can begin to outline what would be a truly participatory and plural urban legislation policy, with resources grounded to the truly urgent and with the guidance of experts and technicians, who beyond intervening in the decisions of the community, function as supervisors of the work to be done.

We can glimpse, given the complexity of what would result in imposing a culture of self-consumption, that attitude of voluntarism and results focused on the issue of legislating, the possible incorporation of agriculture into the life of large cities will only bring with it new problems, in the likeness of those that the original peoples live today. Neither the issue of property ownership, income models, corruption in urban management, in the granting of building permits, much less inequality, and the quality of life gap in metropolitan colonies will be resolved from this perspective. The central theme is to promote citizen participation, understanding that, although the idea of belonging to a community in the metropolitan area is utopian, it is not impossible to look beyond individualism and lack of empathy for local problems.  Once this vision and citizen participation have been promoted, it will be possible to launch sustainability projects grounded in their reality that add and do not exclude their population and adjust to each specific context.

Architecture was born thanks to the awareness of one's own and others' problems, the assimilation of natural, urban, economic, and neighborhood contexts, and, above all, comprehensive knowledge of the socio-spatial environment. Continuing with a trend of urban explosion under speculation, individualism and the denial of the complicated future that has begun to loom in the country will finally bring a painful examination of conscience when the situation represents an even more complicated obstacle to overcome in the search for the common welfare of cities and their architectures.  The field of advocacy continues to be in professional practice, in the formulation and discussion of ideas, and of course, in teaching. 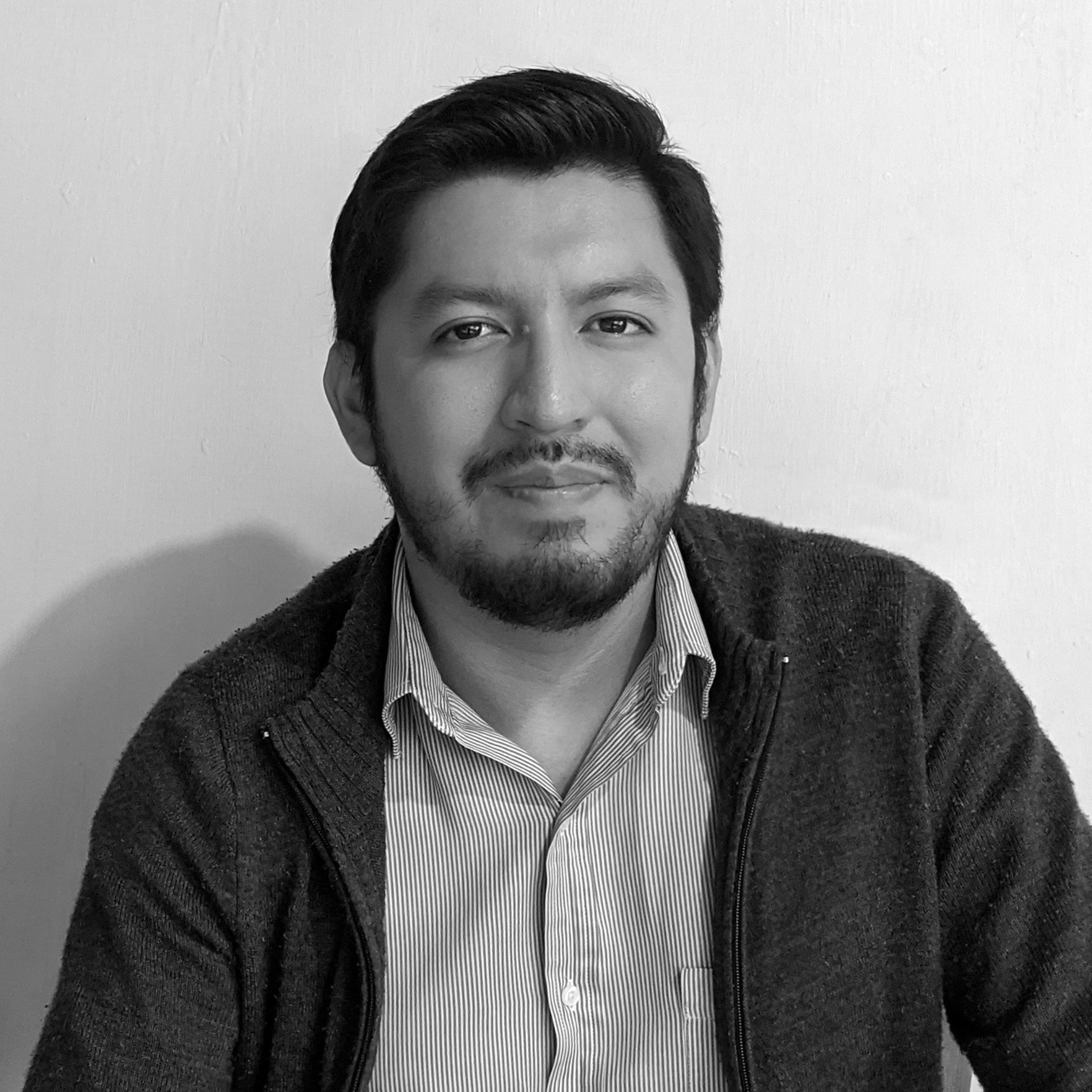 Graduated with a Bachelor of Architecture from the Autonomous Metropolitan University, Xochimilco Unit (2011-2015). Research Assistant of the Area "Historical Processes and Design", of the Division of Sciences and Arts for Design, UAM-X (2015-2018). Graduated from the master’s and Doctorate Program in Architecture, Field of Knowledge "Architecture, City and Territory" of the UNAM (2021), with the thesis "The collective space of rurality: an urban-architectural look from the original town of San Pablo Oztotepec, CDMX".

Professor of Architecture, Department of "Earth Sciences" at the Technological Institute of Reynosa. (2022 to date) Research topics: History and theory of architecture, history of Mexican architecture, management processes, appropriation and occupation of public and collectivized space, urban development in Mexico, and processes of settlement and displacement.